The Museu d’Art Contemporani de Barcelona (MACBA) assumes responsibility for disseminating contemporary art, offering a diverse range of visions, and generating critical debates on art and culture. As  part  of  its  mission  it  aspires  to  include  an  ever  broader spectrum of the public. MACBA has an educational vocation, a desire for innovation, a commitment to preserve artistic heritage and to network with other institutions
The MACBA Study Centre (CED) opened its doors in 2007 with the aim of strengthening the role of the Museum as a centre for research, debate and diffusion of contemporary thought. CED compiles, organises, conserves and diffuses MACBA’s documentation. This role as a custodian of heritage as well as an activator of knowledge surrounding contemporary art practices is exercised through two departments: the Archive and the Library.
Both of these documentary holdings are specialised in contemporary artistic practices, focusing on a timeframe that matches that covered by the Museum’s exhibitions and activities and by the artworks in the MACBA Collection, with which they are closely linked. This enhances and boosts their potential to generate new interpretations and readings throughout the history of contemporary art.
The documentary material that constitutes the Archive is structured into fonds and collections, which include the archives of individuals and entities, artist’s books, posters, photographs, invitations and pamphlets, etc., as well as reference books and audiovisual documents.
The Archive was created out of the conviction that since the beginning of the last century, and especially from the fifties onwards, artistic production cannot be understood simply through the artwork in itself, and that the document is an element of the language that makes up complex cultural productions such as art.
http://www.macba.cat/ 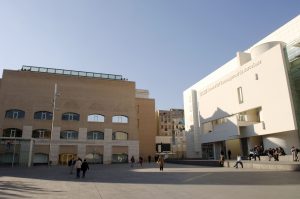 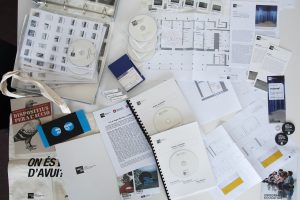 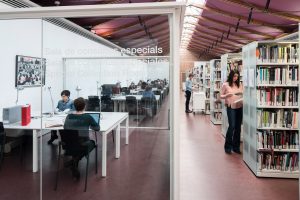